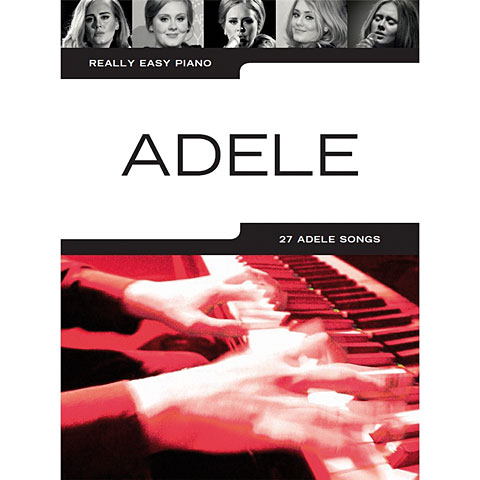 Adele's career began after a friend posted her demo on MySpace in 2006, since then, she has released three studio albums and her popularity has soared, with her fan base growing to stratospheric levels. This newly-updated edition of Really Easy Piano Adele features all the songs from the previous edition, but with the songs All I Ask, When We Were Young, Water Under The Bridge, Remedy and, of course the fantastic Hello, all arranged in the familiar Easy Piano format.

An English singer, songwriter, musician, and multi-instrumentalist, Adele took a hiatus from the music industry after her bestselling album '21', but then returned triumphantly with '25', smashing many previous records and becoming the fastest selling album of all time in numerous countries. A fantastic album, '25' was hailed by many insiders as saving the music industry, motivating many people to purchase physical copies of the album.

This Really Easy Piano Adele sheet music book will let you play some of these new songs as well as all of Adele's greatest hits in Easy Piano arrangements.
mehr
weniger